This month’s reads we wanted to highlight Authors from countries such as Venezuela, Brazil, and Colombia! Each Author’s voice below is timeless, strong, and relatable. May their voices never be forgotten.

After being educated in France, Venezuelion writer Teresa de la Parra, returns to her home country only to learn that society was not accepting of her ways of individualism. This discovery drove her to write her first published novel “Infigenia”. It’s known that Teresa wrote this novel because she was annoyed with the dictatorship in her home country, she was annoyed from lack of womens’ ability to express themselves, and most of all she was annoyed that the dictator denied her permission to publish Infigenia at first, due to it depicting a harsh criticism of society. Her life experiences, unlike most from that period in history, made her skilled in giving readers a deep insight into what it’s like to feel trapped and lonesome in a world of restraint. Machado de Assis is commonly referred to as the greatest author in Brazilian history. He was a very talented person, having known to be multilingual, teaching himself over three languages including: French, German, and Greek. Although, as most artists from the mid-nineteenth century, he would not obtain “fame” until after his death. He later became best known for his work Memórias Póstumas de Brás Cubas. This is an interesting fictional  autobiography told from the perspective of the protagonist, Brás Cubas. In this case, dead men do tell tales, for it is after his death when he reflects upon his life. Machado de Assis truly knows how to make readers envious of Brás using the irony seen here, because if you could prepare an autobiography after your own death, would you? 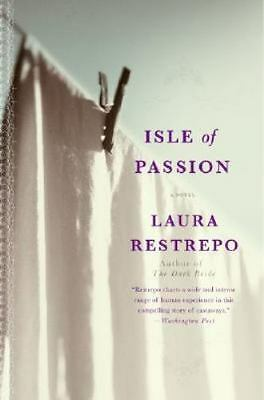 Laura Restrepo was born in Colombia during 1950. After travelling with family throughout childhood, she ultimately returned to Colombia and wrote for a magazine there, and reported in many different places collecting insights of citizens whose lives were shaped by war between the Sandinistas and the Contras. During this time, she made her way up the chain of command at Semana Magazine, and became political editor and wrote about the ongoing peace negotiations. After making her voice be heard about her frustrations regarding the many failed peace treaties, Laura was forced into a six year exile in Mexico. However, she would never allow an exile to silence her. During the years she spent in Mexico, she wrote novels. One of which, titled Isle of Passion, depicts a Mexican soldier, and his wife Alicia, along with eleven other soldiers and their families. The group is set to defend a small island named Clipperton, from French invasions. Their needs are met by supply ships every other month, but  as war begins to wage in Mexico, Captain Ramón Arnaud, and his wife Alicia, as well as the other soldiers, are forgotten. When suddenly stranded on Clipperton, World War I, becomes the ultimate test of survival, love, and lust for this unfortunate group.