August is a cool time of year. Summer has reached its peak, and school can be either just ending or resuming for some. If you fall into either of the groups, one thing is the same: a new beginning is about to show itself, so we decided to give you 3 reads that are the intro of a series. We hope you enjoy these 3 August reads! 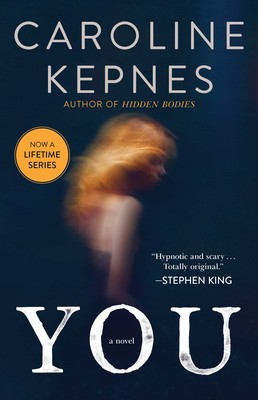 I wish I could tell you I had discovered You before the Netflix series, but I’d be lying. Although the book in my opinion is darker and an addictive read, the show does capture that dark nature well, leading me to read the book that I am excited to write a review about. In the opening pages readers see through the eyes of main character Joe Goldberg, as he meets his newest obsession: Beck. Guinevere Beck. Joe is the smart, charming, and pleasing to the eye, friendly neighborhood bookstore manager with a troubled past and future; Beck is an impressionable, hopeless romantic who is going to college to obtain an MFA. She also writes and has some questionable friends.

After their first interaction, Joe sets his sight on her, but his view is blocked by a few obstacles such as her too close for comfort “friend”, a cringe friend with benefits with a side of disadvantages, and the biggest obstacle of them all: Beck herself. How many hoops will an unhealed, obsessive person jump through to get what he doesn’t deserve? Will she see him for who he truly is before it’s too late? This thriller struck me as a tragedy and I devoured it in about a week and re-watched season 1. The insight into his thoughts in both the book and the Netflix adaptation greatly intrigued me. People who do unspeakable things are often depicted in mainstream film as having no reasoning for their actions, But, here, readers get to understand, or at least have the opportunity to, the mind of the villain. As an avid fan of this series, I’m excited to see how Joe will continue in the world and how much chaos one man can conduct before being apprehended. Does this series excite You? Vampires are immortal, blood sucking beings who curse humans with the same immortality that they’ve been forced to live through, with a few exceptions. To stop a vampire, you drive a stake through its heart; feed it some garlic bread, or expose it to the sun. There is no legal way to deal with vampires. That being said, how does the legal system deal with humans who consume other humans? Prison will have to do.

When The Tooth Fairy strikes again, Jack Crawford enlists the help of Will Graham, retired FBI profiler who helped stop Hannibal Lector: serial killer and cannibal, leading to Will’s early retirement. Reluctantly, Graham agrees to help Jack find The Tooth Fairy. Although he is skilled at finding pieces of a crime scene that others don’t know exist, sometimes an agent’s knowledge isn’t as knowledgeable as a killer’s. Red Dragon will have officially been racking readers’ nerves for 40 years this November, and will continue to do so forever! Did I mention this is only the beginning? 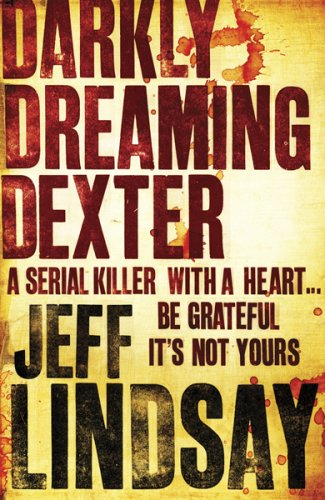 Oh where do I begin with this sinfully sweet story? I suppose I shall begin the fairest way I know how: truthfully. Like You, I also discovered this as a TV series, as opposed to the original books. To be more honest, I didn’t discover the books until a few years after I had initially watched the show. It wasn’t until my second time watching the series that I noticed the intro had the small “Based upon” footnote. I of course bought the first book, which was shorter than I would have guessed, but wonderful nonetheless.

Jeff Lindsay painted Dexter, blood spatter analyst, more social and flirty than the show ever did. Other supporting characters such as his sister Deborah, and their co-workers, have a few minor differences as well. In the first book of the series, Dexter goes knife to knife with The Ice Truck Killer, a cold and merciless villain who has the ability to put himself inside of Dexter’s head like no one ever before. This is one of my favorite series intros ever! The detail and inner dialogue gets me every time. Hearing the news of a revival season has me excited beyond the explanation of words and has me rereading in preparation. I hope you’re able to enjoy the ride with Dexter and his Dark Passenger! Happy reading!